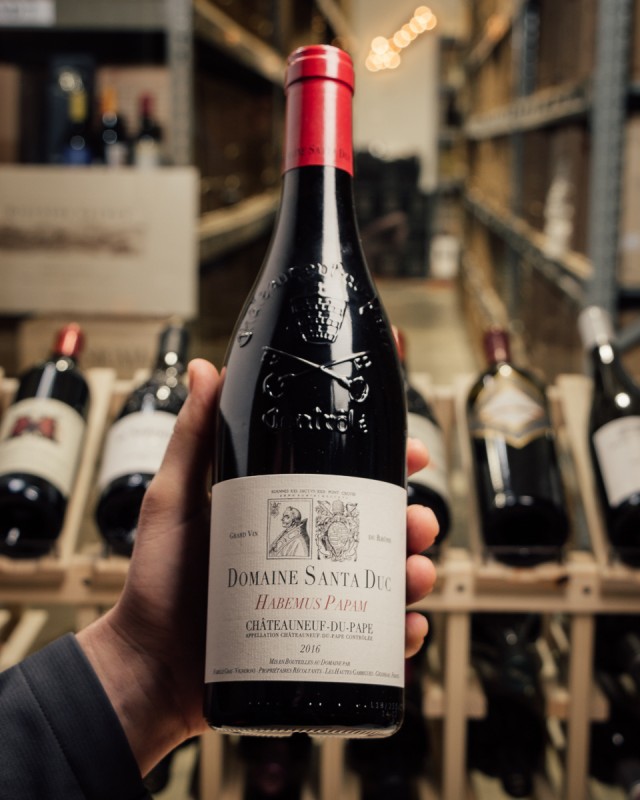 How do we do it? It’s hard enough to find this wine, much less with a price like this! 2016 vintage - one of the greatest ever! MAGNUMS, too! Wow. This is ah-mazing Chateauneuf, the kind that makes you think, “man, why didn’t I buy more of this from those dudes in Napa when I had the chance…?” Well, we can tell you, this is bliss on first whiff -- packed with spicy, licorice-y wild herbs, deep, warm boysenberry fruit, crushed flowers and a fantastic, mouth-coating feel without being a heavy wine. To quote Jeb: “this tour de force is long, silky and elegant.”

Just twelve magnums up for grabs...this is a fantastic turkey/cranberry pairing wine we might add!

Rising as a pillar of quality out of the soils of Gigondas is Domaine Santa Duc—an estate that’s history stretches back to 1874. Through five generations, the caretakers of the domaine have demonstrated a respect for the land, with Santa Duc ascending to prominence as a pioneer of organic viticulture in the region under the care of its indomitable vigneron, Yves Gras. The wines cultivated by Gras typify classic Gigondas—elegant, focused, polished. In his 32 years at the helm, Gras has branched out to nearby Chateauneuf-du-Pape and Rasteau, creating wines of exceptional balance and quality. Gras seamlessly integrates fruit born from two distinct soil types into harmonious cuvees that are representative of the unique terroir of the Southern Rhone Valley. In working only with indigenous yeasts and bottling without filtration, Gras executes with a simplicity that leads to purity of expression in his wines.

Robert Parker's Wine Advocate
Still in foudre, the 2016 Châteauneuf du Pape Habemus Papam looks to have softened considerably since I tasted it last year. Floral-herbal notes accent ripe cherries, while the palate boasts a wonderfully rich, creamy texture. Full-bodied, with supple tannins, this tour de force is long, silky and elegant. Young Benjamin Gras appears firmly in control of the winemaking at this benchmark estate put on the map by his father, Yves. The estate has been certified biodynamic by Demeter beginning in 2017, so when those wines are eventually released, they'll be the first vintage thus labeled. Those wines went into foudres for aging just a week before I arrived to taste the wines in mid-June. Most of the bunches are still destemmed (60% to 70%), and the wines undergo a cold maceration of about a week prior to ferments that max out around 25 degrees Celsius. Maceration times and extraction have been steadily reined in by Benjamin, who emphasizes elegance over power. Considering the 2015 and 2016 vintages, Gras said, 'I prefer 2016. The lab analyses are quite the same, but 2016s have more vivacity.' He considers 2017 to be more accessible than 2016, which he calls fresh. Most of the wines age in foudres, although portions of several wines spend time in amphorae. From an estate that used to be about ripeness and power, it has evolved rather quickly into one that's more about elegance and terroir expression.

James Suckling
Very suave, intense and detailed wine with an array of ripe, red fruit, dark berries in the blue-to-purple spectrum and a swathe of wild herbs. Gently spicy play of oak. The palate has a very composed and focused feel. Long, fine, even and plush tannins. Drink in 2020.

Vinous
Limpid ruby. Deep, smoke-accented dark berry and violet pastille scents are energized by a jolt of peppery spice. Smoky, sweet and broad in the mouth, offering concentrated boysenberry and cherry liqueur flavors and a hint of candied licorice. Shows very good power and energy and finishes with excellent persistence, featuring velvety, late-arriving tannins and a discreet touch of gaminess. 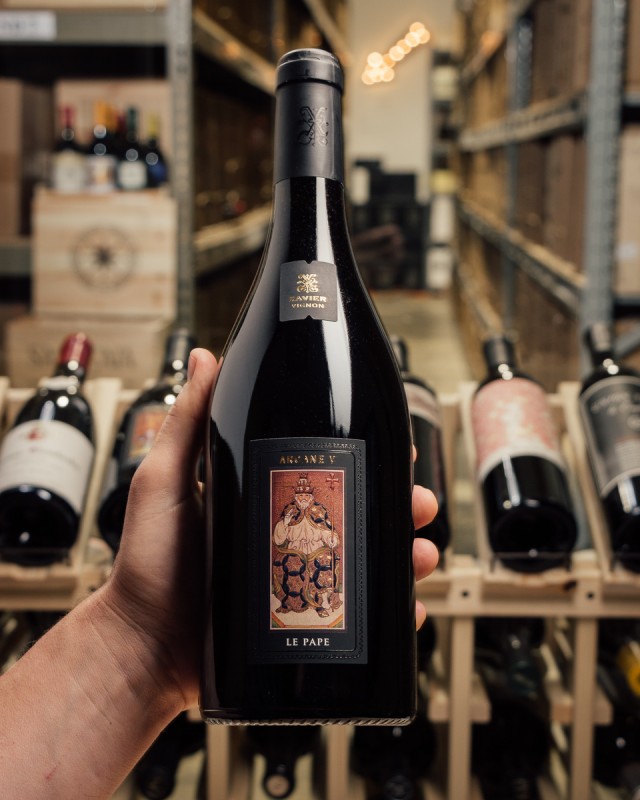