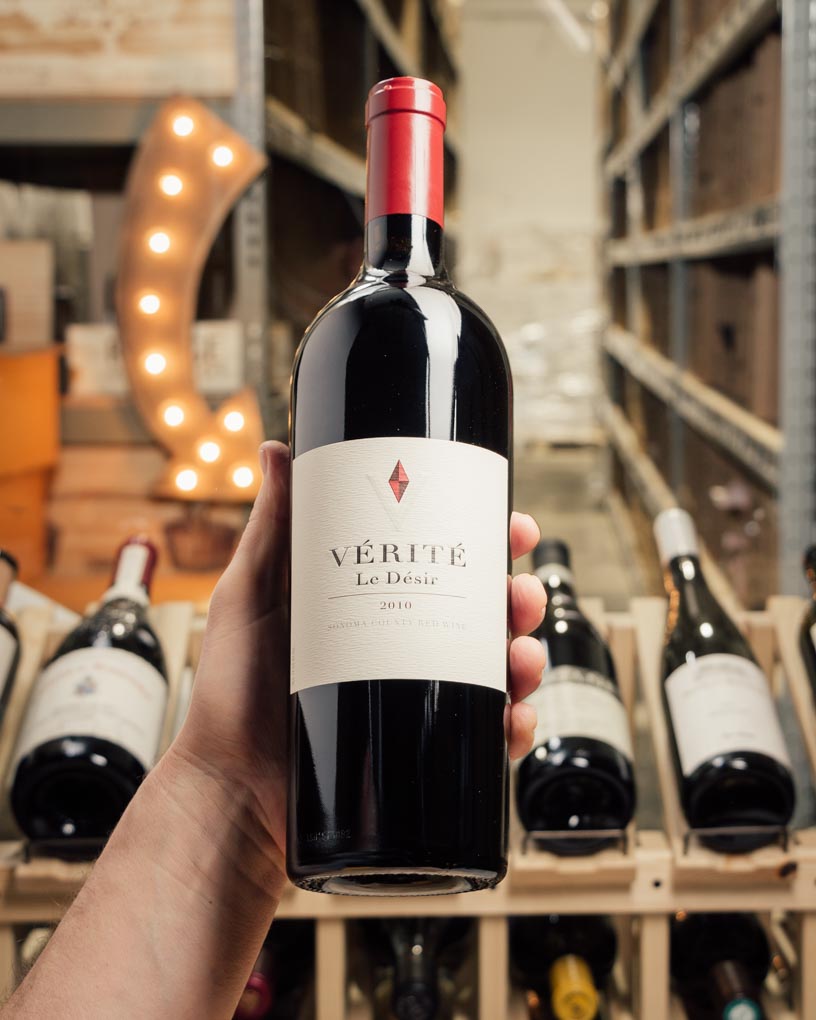 The wines of Verite, French for "truth," are the result of a combination of old-world experience and new-world fruit. Each wine is a distinct blend of unique components harvested from small vineyard blocks, culminating in a meticulously formed union of grape varieties, climate, soil expression, and winemaking technique. Vigneron Pierre Seillan refers to this methodology as droit du sol, "right of the soil." Verite produces wines without compromise, wines that reflect the terroir in which they are grown. He is intimately involved in every step of the winegrowing process from bud break to bottling. Since the winery's founding in 1998, Pierre has identified more than 40 micro-crus along the western slopes of the Mayacamas Mountains in Sonoma County. These micro-crus are small vineyards within vineyards, a palette of soil types. Each vintage, the winery releases three Bordeaux-inspired blends: La Muse (Merlot based), La Joie (Cabernet Sauvignon-based), and Le Desir (Cabernet Franc based).

Vinous
Full medium ruby. Sexy, wild scents of black raspberry, meat, graphite, mocha and flowers, plus a whiff of leather. Densely packed and fine-grained but also quite powerful; a very tactile wine with lovely restrained sweetness and a strong Cabernet backbone. Dense but juicy, with nothing heavy about it. Very wild, Old World style of wine with terrific definition and inner-mouth lift, not to mention outstanding intensity and sophisticated grain. Boasts uncanny inner-mouth floral/ mineral lift for such a strong wine. Finishes with subtly mounting floral length and noble tannins that arrive late. A stunning showing--and still very young. Clearly a top vintage for this St. Emilion blend. I described this wine as tightly coiled when I first tasted it from bottle, and it still needs cellaring to show its full potential. My sample held up for days in the recorked bottle.

Robert Parker's Wine Advocate
A blend of 50% Cabernet Franc, 40% Merlot and 10% Cabernet Sauvignon that came in at 14.1% alcohol, the 2010 Le Desir is soft and rich. As Pierre Seillan said, the huge heat wave at the end of September seems to have made the 2010 Verite wines more approachable and front end-loaded than usual. This effort displays lots of black currant and black cherry fruit along with hints of asphalt, incense and licorice. The tannins are ripe and well-integrated, and the wine is round, full-bodied and generous. It should drink well for 15-20 years. This is the flagship, luxury, world-class winery of the late Jess Jackson’s portfolio of small, high quality estates. Jackson convinced Bordelais Pierre Seillan to come to California from St.-Emilion to make these wines, and Verite has been one of the classics for well over a decade. The La Muse cuvee represents a Pomerol-styled wine, La Joie a Medoc and Le Desir a St.-Emilion. These are long-term, concentrated, tannic efforts that usually require 5-10 years of bottle age, and are meant to age for at least three decades. The 2012s possess fabulous potential. It is nearly impossible to decide which of the three cuvees is the finest (it probably depends on your own personal stylistic predilections), but the alcohols are normal for a top California vintage, ranging from 14.1% to 14.3%. Obviously, 2011 was a much more challenging vintage, and the wines reflect that although they are unquestionably successful, even in this vintage. Pierre Seillan told me that the harvest was extremely late, and there had to be an enormous amount of selection done both in the vineyard and the winery to create these cuvees. A relatively cool, late-harvest year with a tiny crop, the 2010 vintage required a tremendous selection process as well as meticulous work in both the vineyard and winery. All three offerings have turned out to be surprisingly approachable for young Verite wines. A great vintage for Verite that rivals 2012 and probably what was achieved in 2013 is 2009. It was the type of vintage that Seillan desires – high in tannin, high in extract, with incredible upside potential for all three cuvees. The 2009s are the most backward and powerful of the four vintages reviewed in this report. The alcohols ranged from 14.5% to 14.6+%. 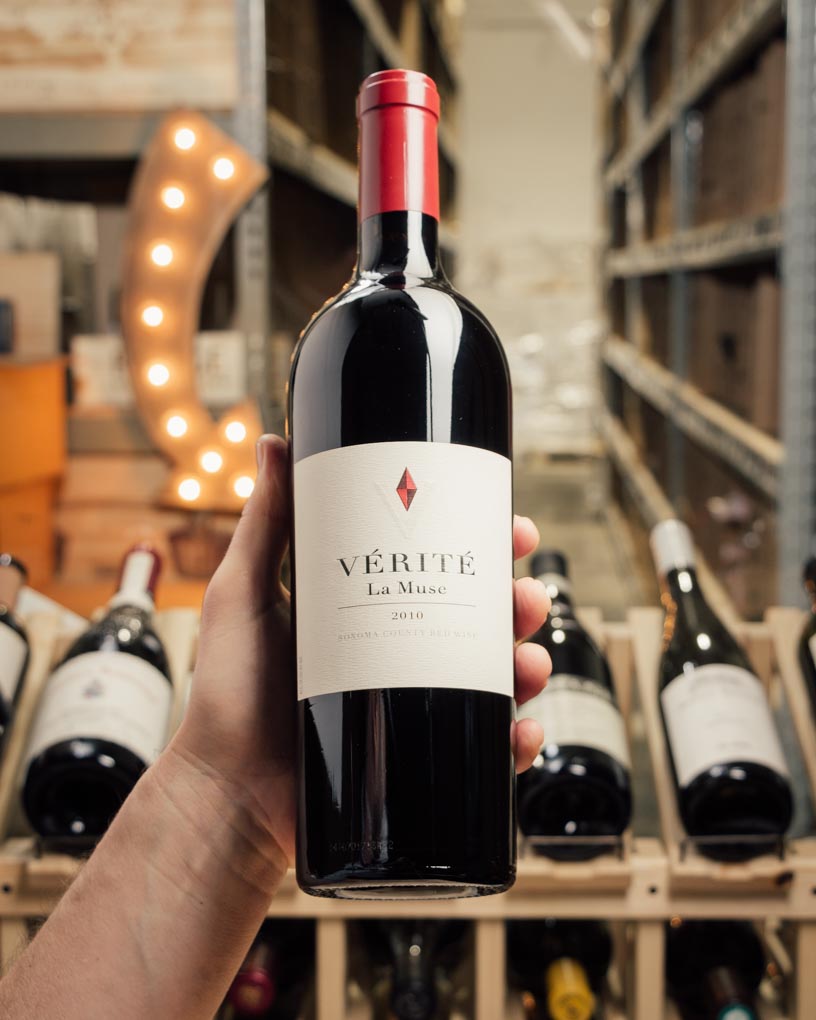 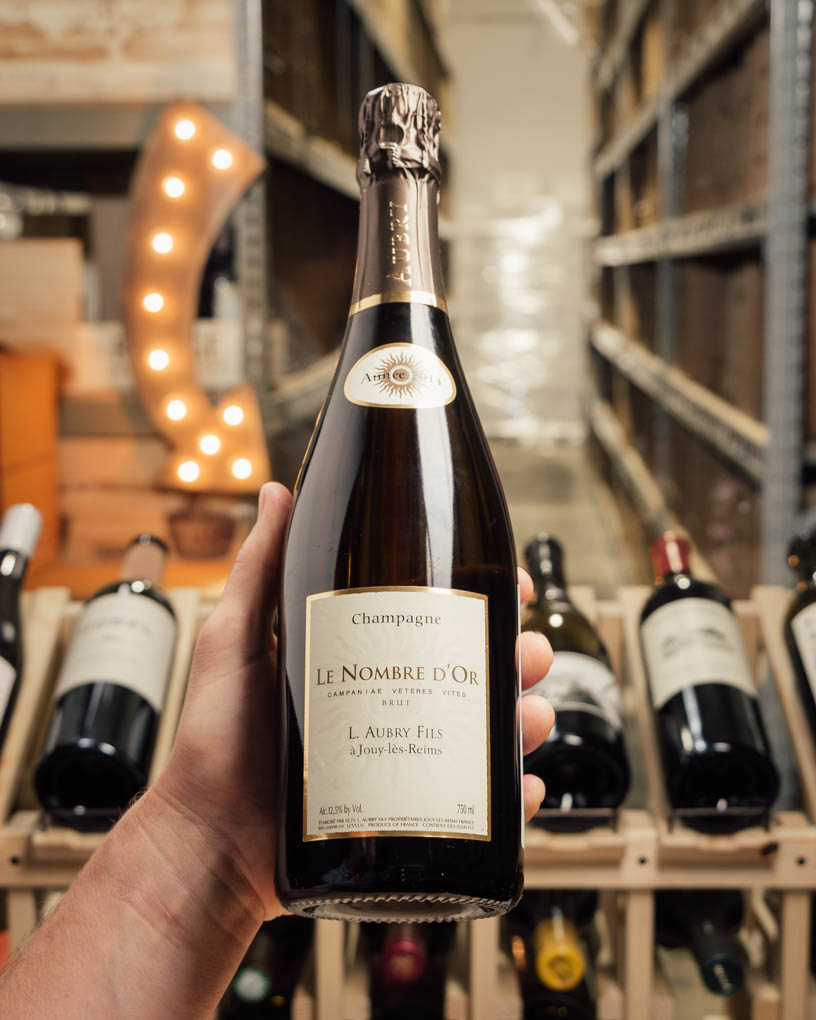 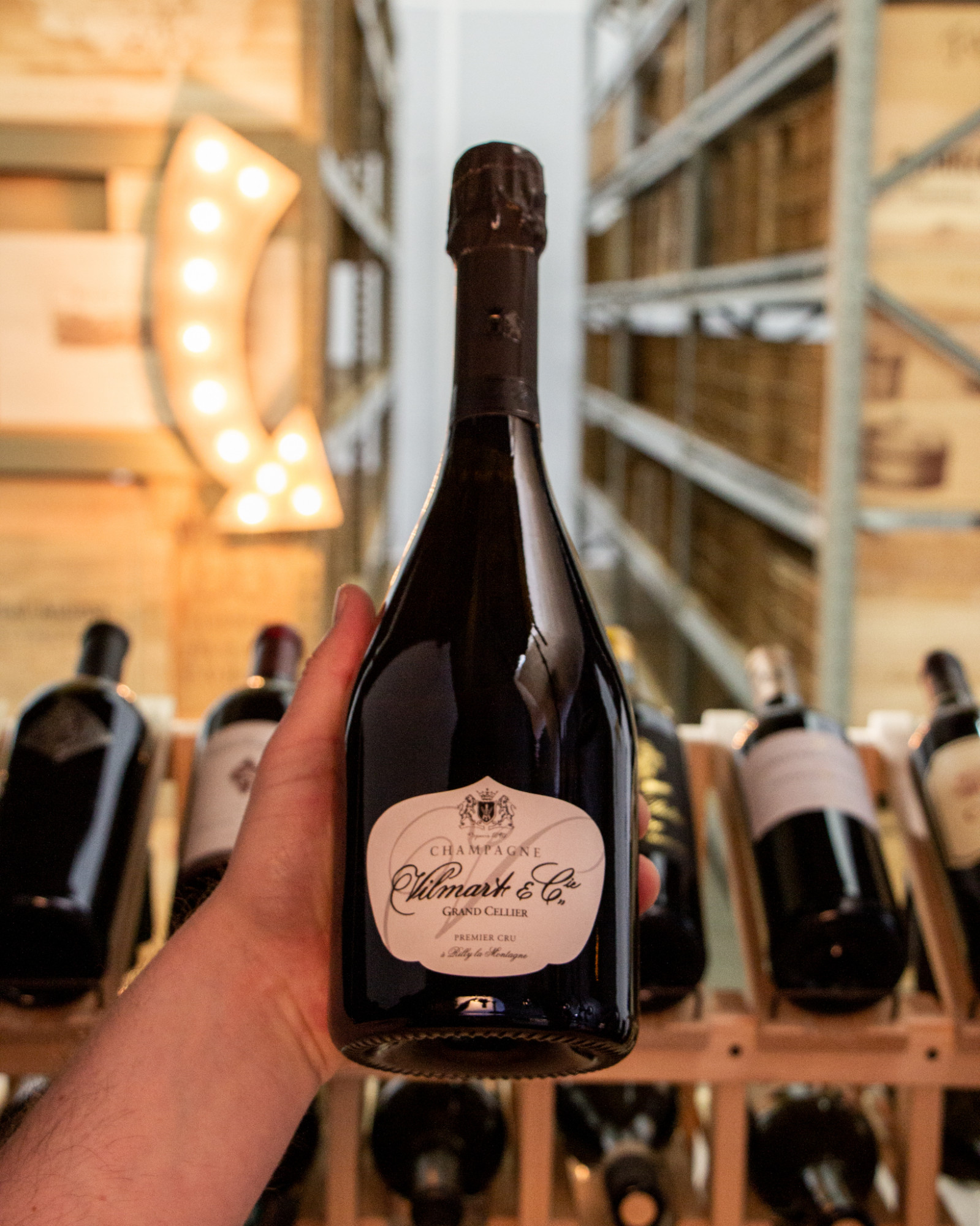 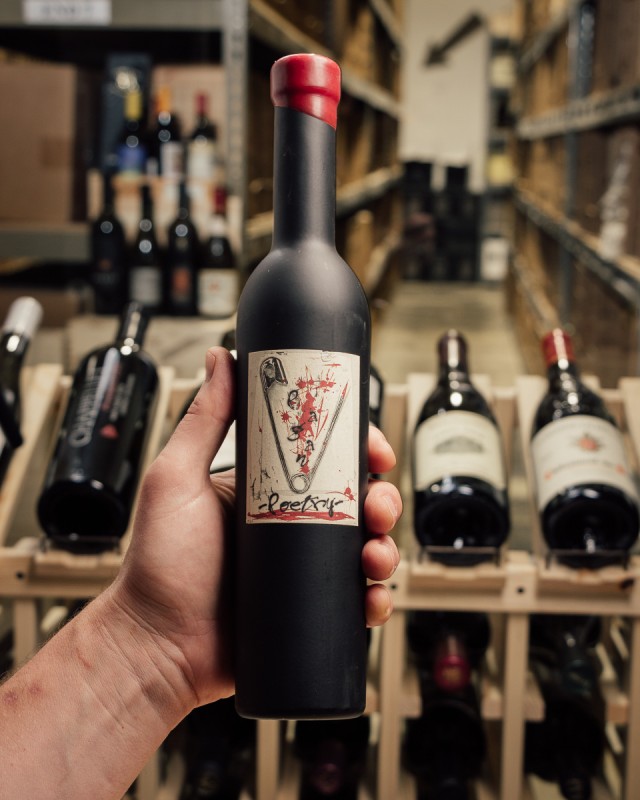 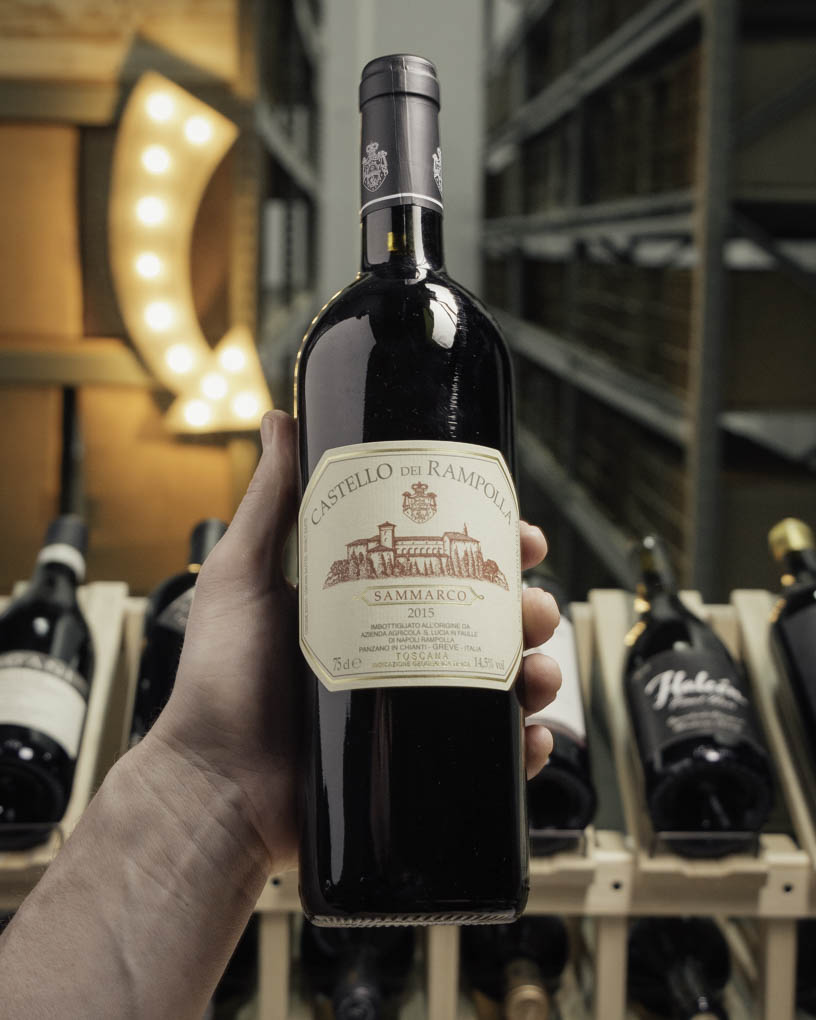 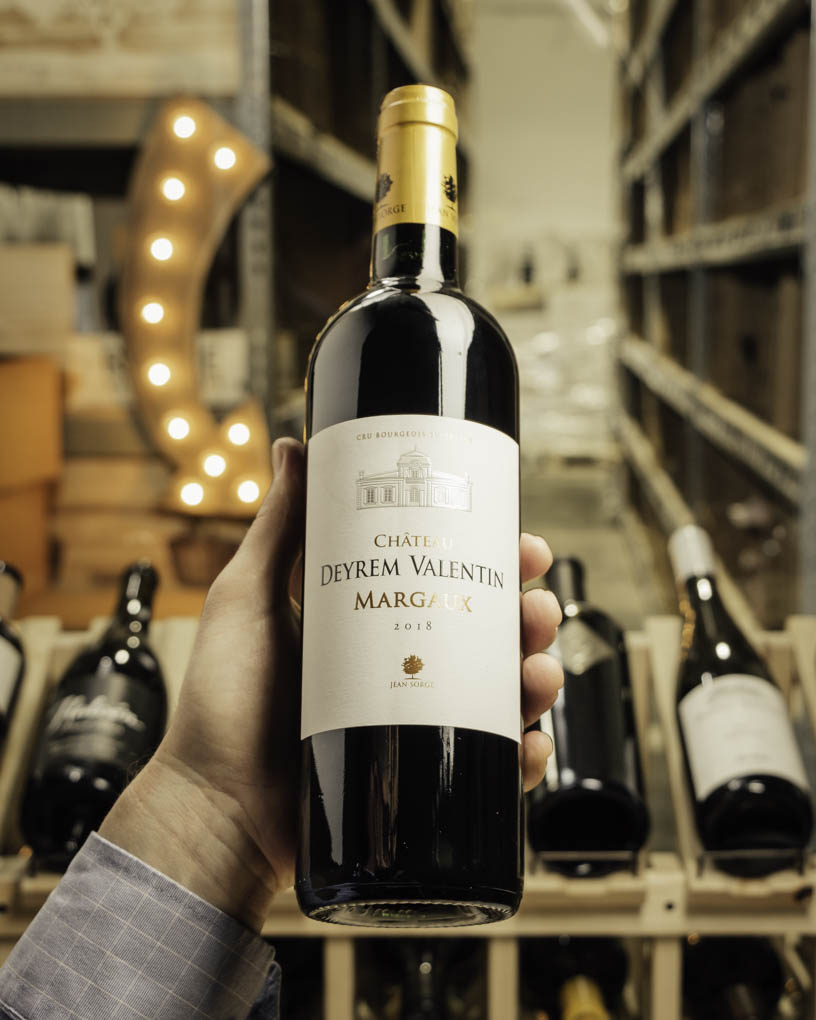 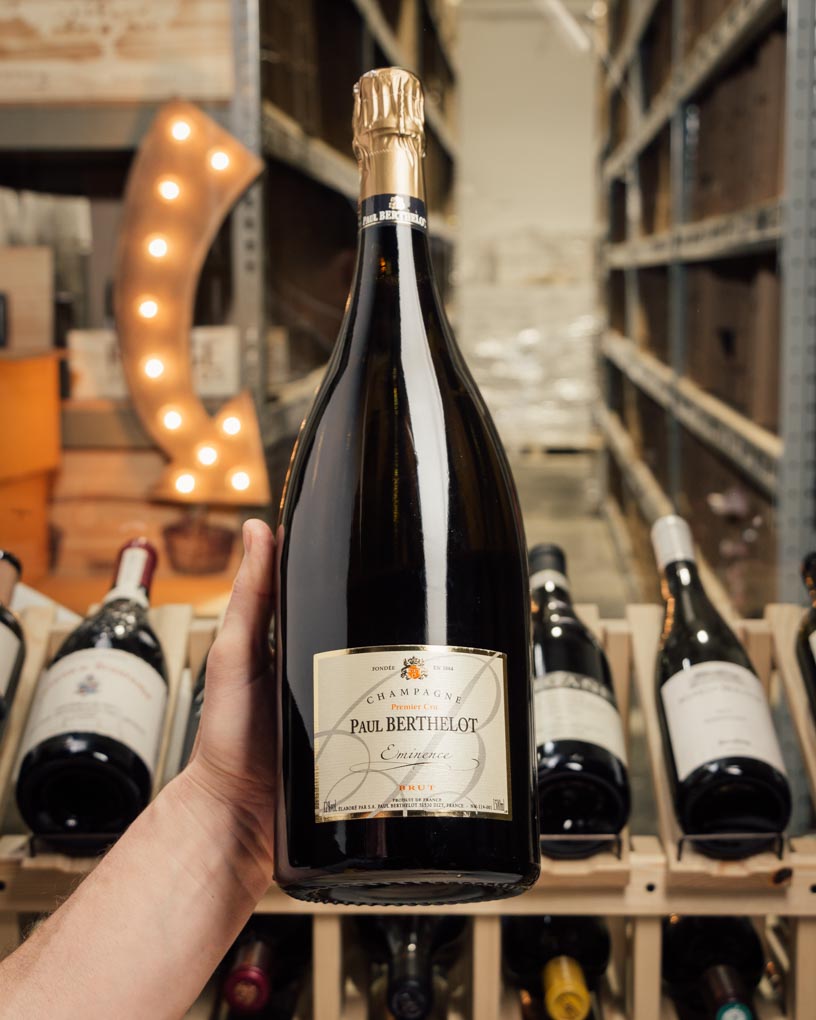