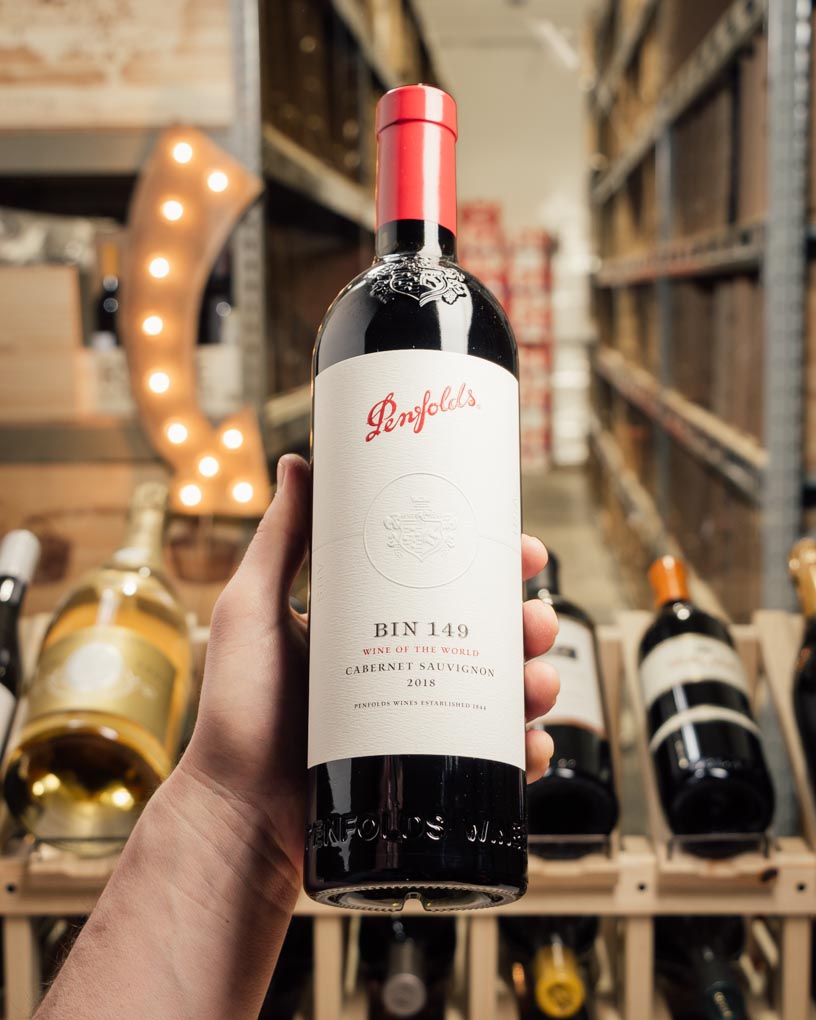 The demand for 149 is already off-the-hook! Our allocation is super limited so expect this to sell very quickly. This wine utilizes fruit from Rutherford, Calistoga, and Oakville in Napa Valley, and about 15% comes from South Australia. As Antonio Galloni put it succinctly, "Inky, deep and unctuous, the 2018 is a total knock-out. Although quite opulent and rich in feel, the 2018 also has tons of backing structure to balance things out. All the elements come together effortlessly." We agree that of the new Penfolds releases this is the most opulent and hedonistic and will likely offer the best near-term drinking, but we can't wait to see how this develops in the bottle.

This brand new project from Penfolds is decades in the making and combines wine from California and Australia with master winemaker Peter Gago at the helm. The success of Penfolds has been driven by the generations of visionaries and innovators and this project incapsulates just how innovative and iconoclastic this producer really is, always pushing the boundries of what is possible.

James Suckling
Lots of blackberry, currant, light chocolate and hazelnut. This is rather dense and plush, but shows impressive layers of tannins that have a rough-velvet texture. Juicy and intense fruit. The grapes come from the AVAs of Rutherford, Calistoga, Oakville and then spread across Napa. 14.9% comes from South Australia. A global wine. In the end, it's nicely toned and curated. Needs three or four years to come together.

James Halliday
'A grade' cabernet, 85.1% from Napa Valley, 4.9% from Barossa, Coonawarra and McLaren Vale. Matured 16 months in 80/20% French/American new oak barrels. While assembling the best cabernet he could put together with his team in the Napa, Peter Gago declared, 'it's all arms and legs, and we can't just throw it together!' He had some Grange and Bin 707 parcels with him for benchmarking and suggested throwing a little in. 'I was more than astonished that this proportion brought it together.' 14.9% Australian looks suspiciously like an attempt to keep it over the threshold of 85% Californian material, but Gago refutes this suggestion. 'We tried 20%, but 14.9% was correct.' The result has been dubbed, 'Wine of the World,' a deep and powerful cabernet of full purple hue that speaks of the density and magnitude that is Penfolds, intricately interwoven with the the sweet fruit lusciousness and ripeness of California. Deep, sweeping strokes of blackcurrant, cassis, black licorice, coal steam and long-lingering satsuma plum all coat the palate. It's wrapped in a confident wave of Penfolds tannins, firm, fine and instilled with great endurance, framed in dark chocolate and coffee bean oak. A grand spectacle with monumental presence and impressive line and length. The standout of the release, Peter's favourite, and mine.

Vinous
The 2018 Cabernet Sauvignon Bin 149 is a blend of fruit from Rutherford, Calistoga and Oakville plus 15% South Australia Cabernet. Inky, deep and unctuous, the 2018 is a total knock-out. Although quite opulent and rich in feel, the 2018 also has tons of backing structure to balance things out. All the elements come together effortlessly. It was aged in 100% new oak, 80% French and 20% American.

Decanter
A 100% Cabernet Sauvignon, combining 85.1% fruit from the Napa Valley (predominantly from Oakville, Rutherford and Calistoga AVAs) and the remainder from several of Penfolds’ South Australian vineyards, moving it beyond the expected Napa Cab expression to instead exert its own unique personality. The Australian component introduces rich, lifted aromas of blueberry and blackberry, and a more opulent fruit presence. It adds freshness and vibrancy to the dense Napa body, resulting in a vivacious, cheery red still bound by firm tannins.

Robert Parker's Wine Advocate
A good portion, 85.1%, of this "Wine of the World" comes from America. In fact, the American component all comes from Napa. "There are some great vineyards going in here," Peter Gago informed me. "We are buying some fruit for this, but most of it comes off our own vineyards." By "own vineyards," Gago refers to the considerable land holdings of Treasury Wine Estates, which now owns such iconic Napa names such as Beringer, Sterling Vineyards and Stags’ Leap Winery. The major component of this component, 28%, comes from Rutherford, with the other components "cherry picked" from across the Napa region. So, that is the American wine part of this wine.

Wine Enthusiast
This wine is a blend of grapes from Napa Valley (85.1%) and South Australia (14.9%). A tannic structure gives way to a welcome juiciness of tangy cranberry and currant flavors. French and American oak aging impart a moderate level of toast and vanilla tones, with accents of cedar, dried herbs and black pepper chiming in. The bright acidity lasts through a long, supple finish.

Somm Journal
Muscle and grace delineate a wine that is making history, in the footsteps of its forebearer, Grange. The blend of 87% Napa Valley Cabernet Sauvignon and 13% South Australian Shiraz are building blocks for this multi-dimensional creation, ten years in the making. Balanced and expressive in recognizable southern and northern hemisphere accents, aromas of fresh dark berries, apple tart, and a tang of piquant spice, lead to headier notes on the palate. Licorice, slate, and molasses pave a path with staying power. Plum preserves and a twist of basil, cigar leaf, and hazelnut determine a lengthy, exhilarating finish. 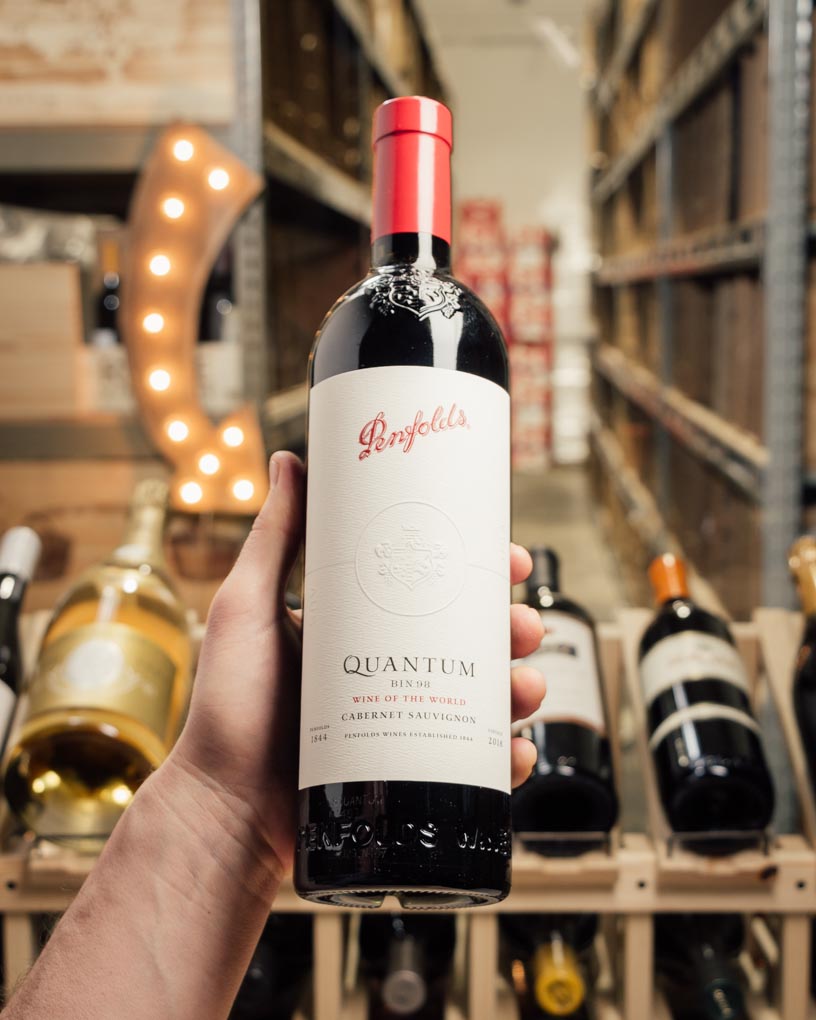