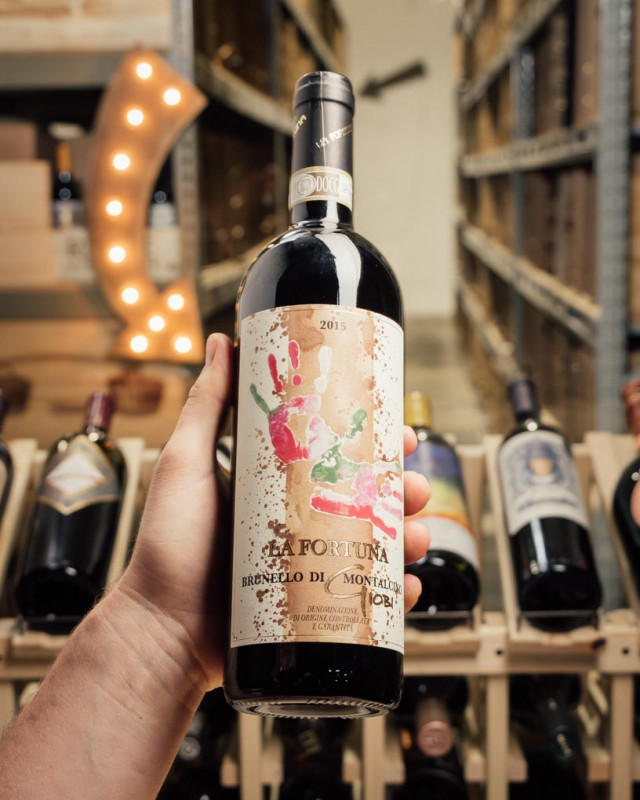 We’ve been incredibly fortunate to have met and started importing the rockstar-level La Fortuna wines for almost a decade now. They only get better and better, and with the new 2015 Riservas coming out, it is time to get serious! We have a STELLAR price -- wow!

Less than a half-pallet of this gorgeous bottling has just arrived in our Napa warehouse along with a fresh 95+ point review from Wine Advocate. ONLY 2,000 BOTTLES IN TOTAL WERE MADE OF THIS! Named after Angelo’s father Gioberto (we are REALLY missing his grilled Steak Fiorentina right now!), this really has it all in terms of Sangiovese's expressive qualities, with dark berries, fragrant earth and tobacco, and plum skin. The mouthfeel is luxurious with an inner perfume of flowers, earth and minerals with gobs of perfectly ripe cherry, more tobacco and very high quality tannins in the long finish. This is a wine that will only get better in bottle and promises to be a show-stopper in 10+ years.

Started in 1907, the entire estate is centered around their centuries old Tuscan farmhouse, where the family has lived for over a century. Around 20 acres of vines are planted between two vineyard sites: one near Fulginiae and the other in the south near Castelnuovo dell'Abate. The northern site is a bit cooler, while the southern vineyards are warmer and each year they blend fruit from both locations.

Read the reviews below. 2015/2016 Brunello is all the rage right now (with good reason) and with our spectacular price, we HIGHLY recommend snapping up whatever you can --- while it lasts!

PAIRING IDEAS: As mentioned above- it’s GOT to be Steak Fiorentina, a simple preparation drizzled with the best olive oil you can afford, and some potatoes. MMM!

MUSIC SUGGESTIONS: This wine gets our blood pumping -- we think Foo Fighters might be a solid choice, Led Zep, Weezer, Metallica, GnR, Madonna, King Gizzard and the Lizard Wizard, Wolfmother...whatever gets you going!

La Fortuna began in 1907, with Angiolino Zannoni, Gioberto's great grandfather, growing seed crops and raising livestock. His son Gino followed suit, taking over in the 1950s at a time when the economic landscape was changing dramatically people were fleeing the land in droves to take manufacturing jobs in the cities. Gino knew he wanted none of that, and so he bought the land his family was farming from the landlord. The entire estate is centered around their centuries old Tuscan farmhouse, where the family has lived for over a century. Around 20 acres of vines are planted between two vineyard sites, one near Fulginiae and the other in the south near Castelnuovo dell'Abate. The northern site is a bit cooler, while the southern vineyards are warmer and each year they blend fruit from both locations.

Robert Parker's Wine Advocate
Made in limited release, La Fortuna's 2015 Brunello di Montalcino Giobi is an intense and deeply layered expression of Sangiovese that shows a profoundly beautiful side of the grape. The bouquet is redolent of dark fruit, plum and wild cherry on a first wave. A second and third wave of aromas continues with crushed flower and rose, earth, tobacco and flinty stone. This wine is polished and long in terms of mouthfeel. I tasted bottle 443 of only 2,000 in production.

James Suckling
The peach and orange-peel character to the cherry aromas really make this irresistible on the nose. Medium to full body, round and caressing tannins and a beautiful finish. Delicious now.

Vinous
The bouquet of the 2015 Brunello di Montalcino Giobi reminds me of picking fresh strawberries, showing all of the greenery, moist dark soil, spicy herbal tones, and stony minerality that would cake my hands as a child, slowly evolving to add a note of sweet plum to the mix. On the palate, silky, seemingly waxy textures give way to pretty red berry fruits, saline-minerals, and spice, enlivened by zesty acids, as purple inner floral tones develop. The finish is long and perfumed with lingering sweet spice, ripe red fruits, and just a hint of fine tannin.

Wine Spectator
Mint, licorice and tar aromas and flavors mark this burly red. Rustic in style, with ample fruit and dry tannins that leave an astringent feel. Best from 2024 through 2040. 100 cases made, 70 cases imported. 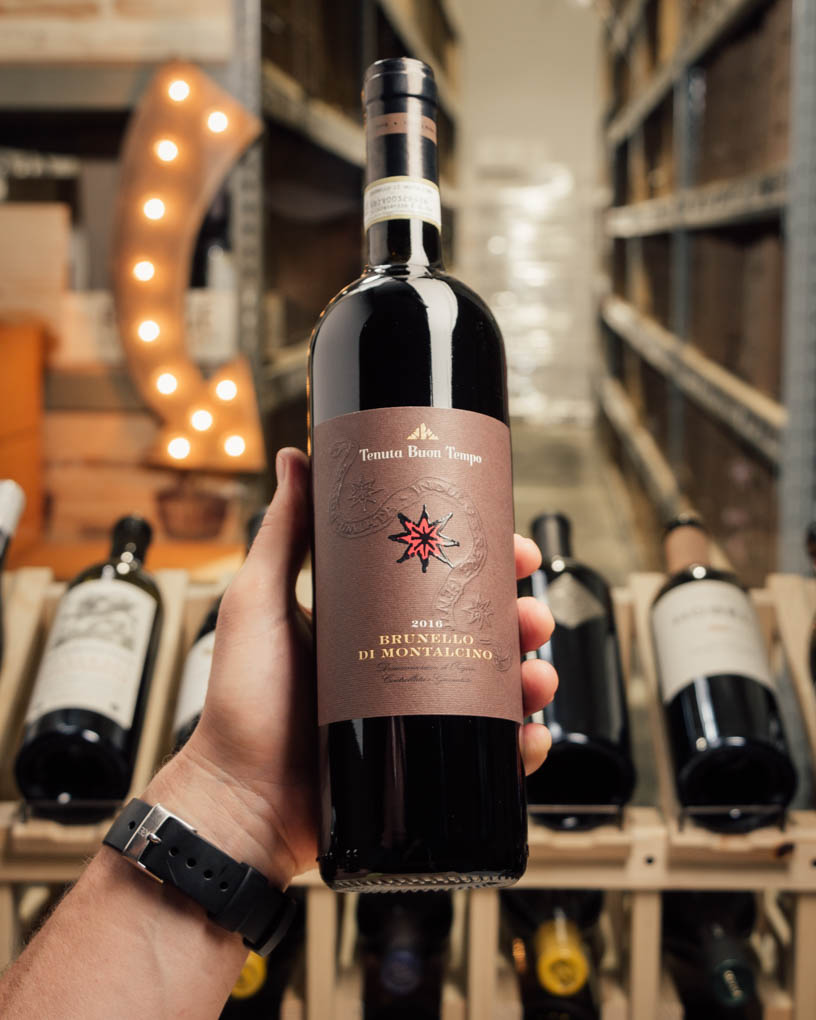 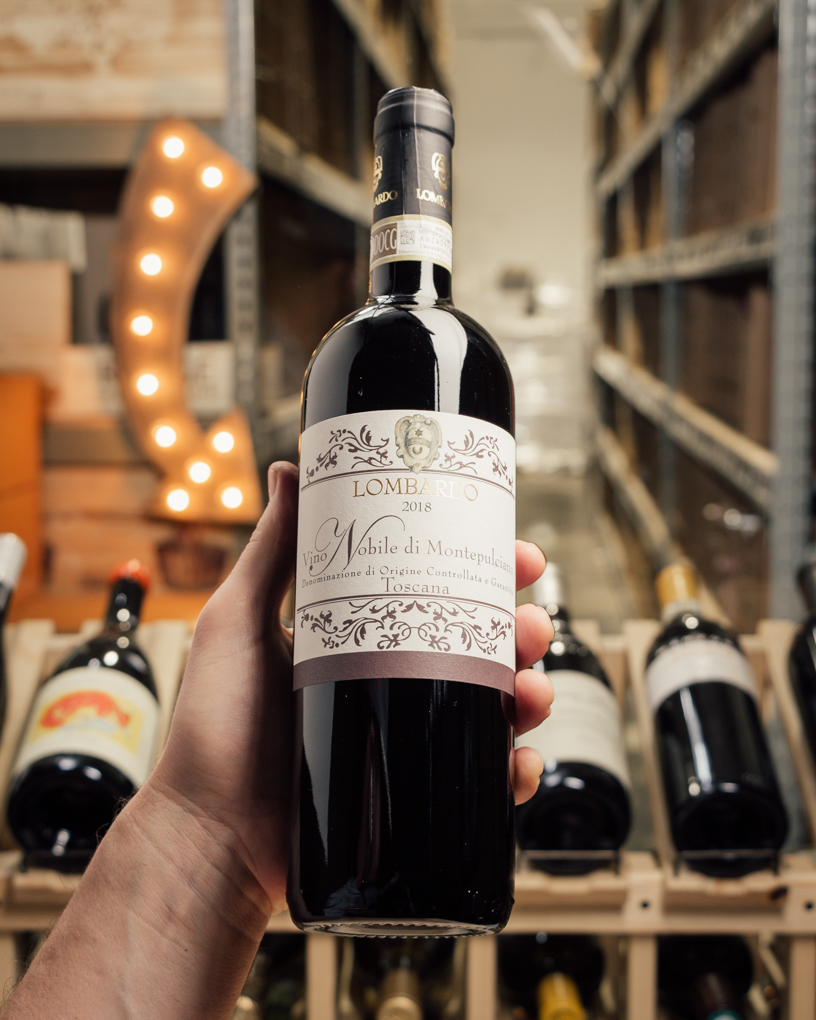 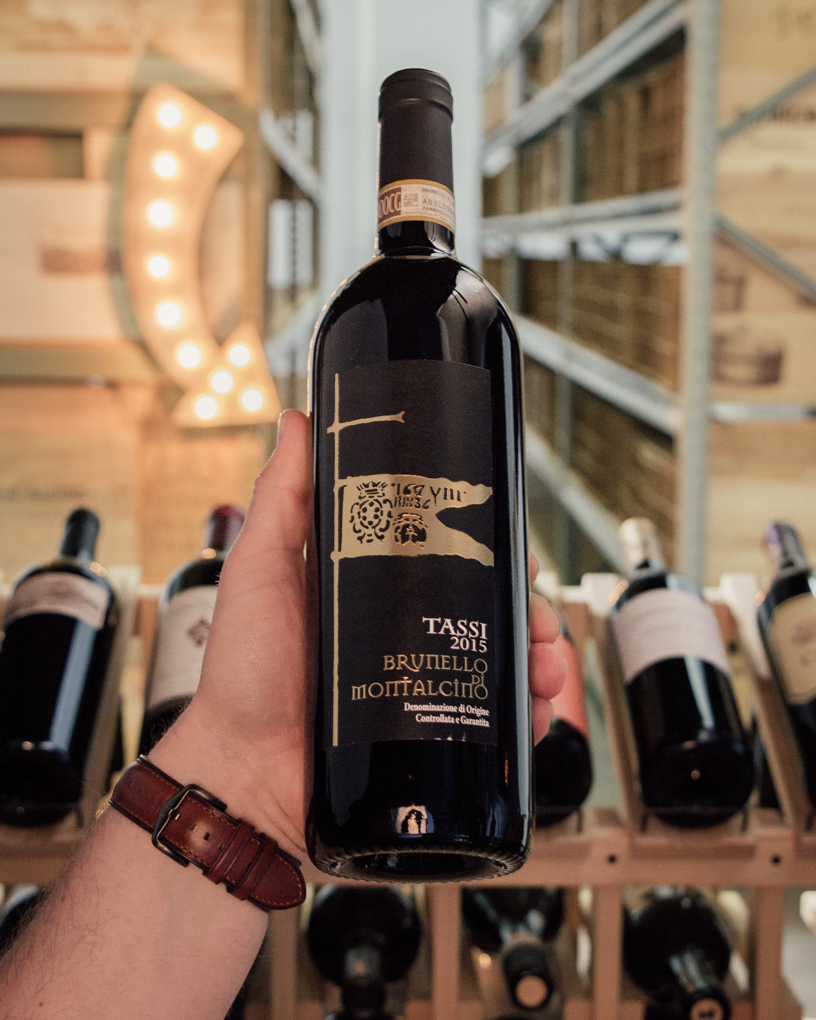 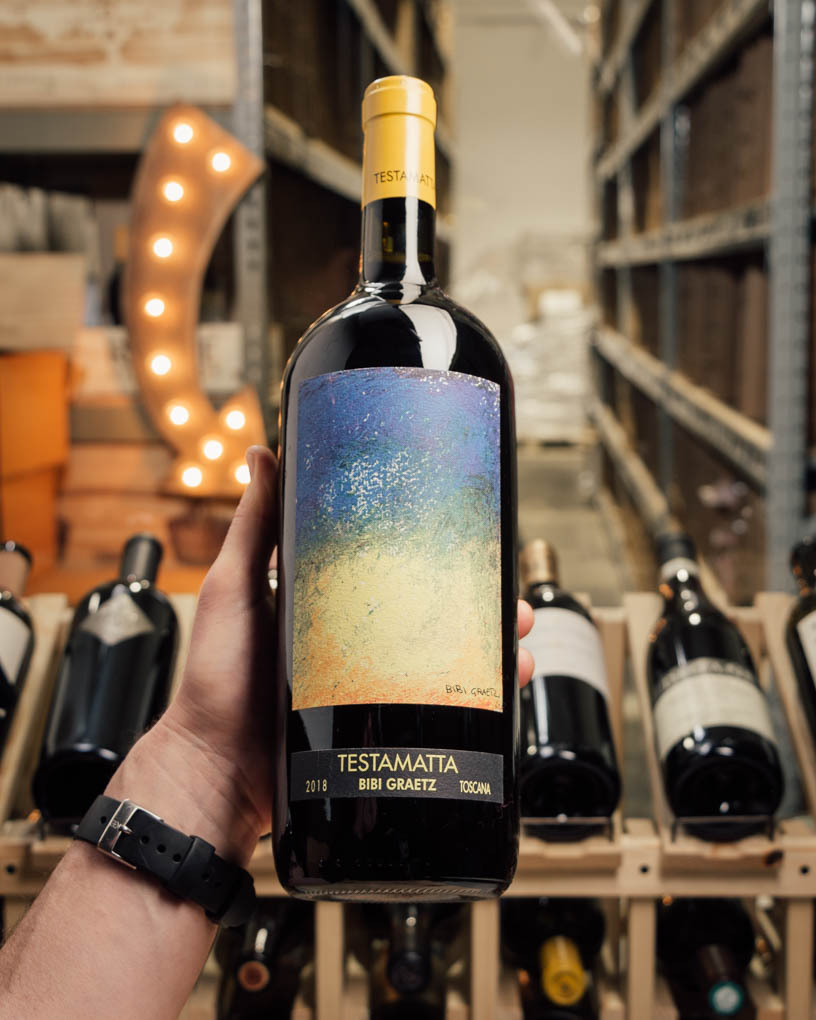 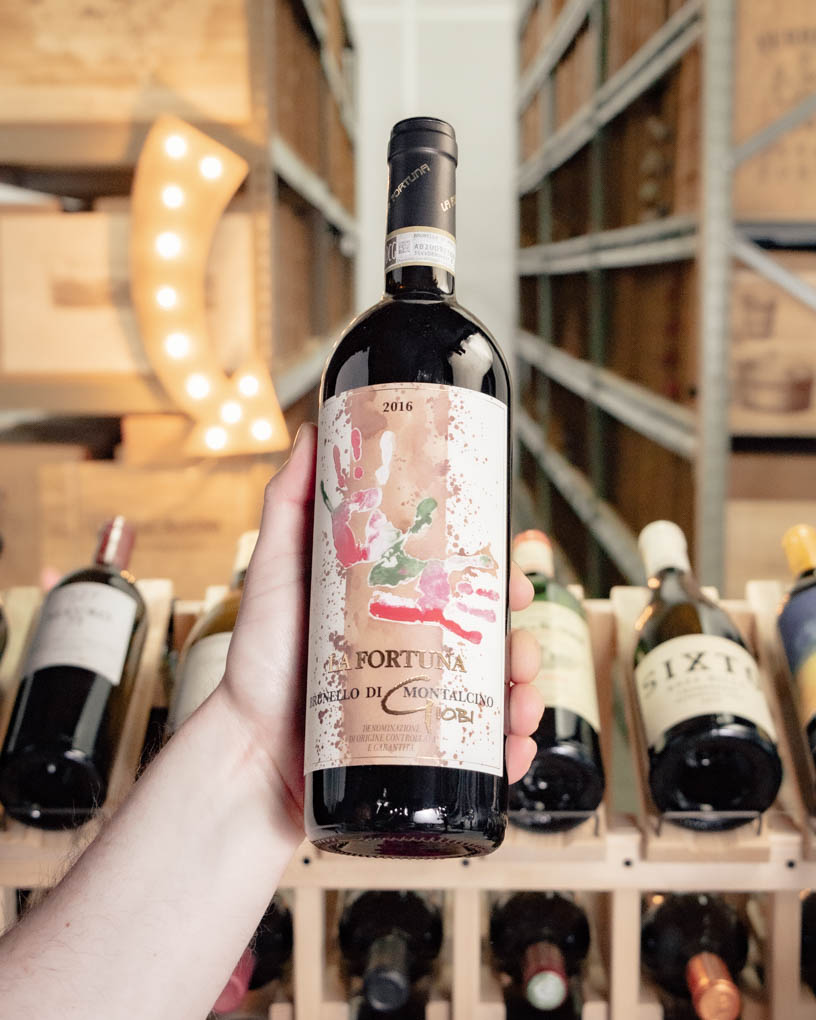 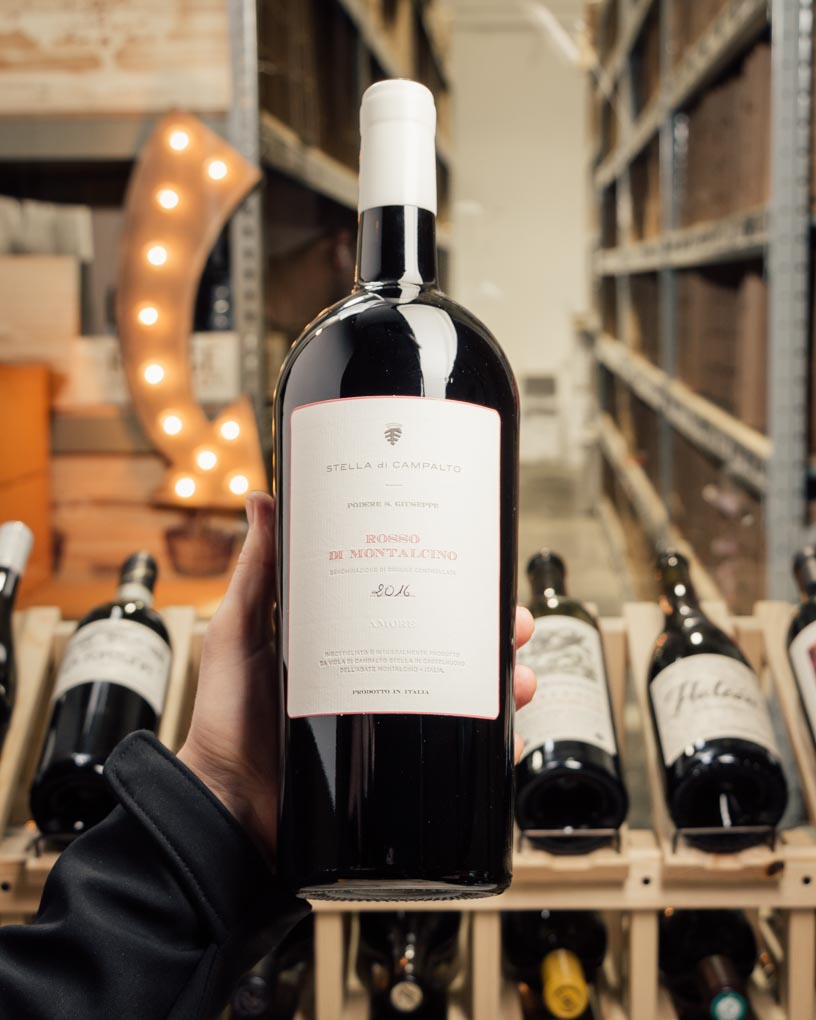 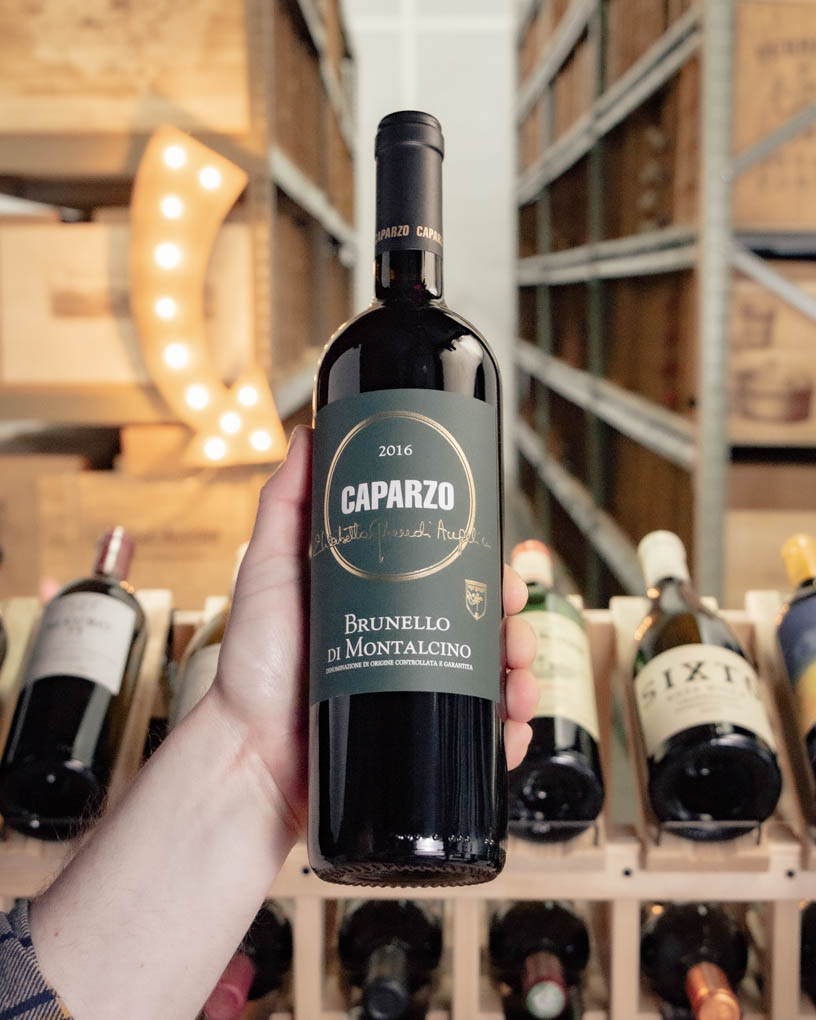 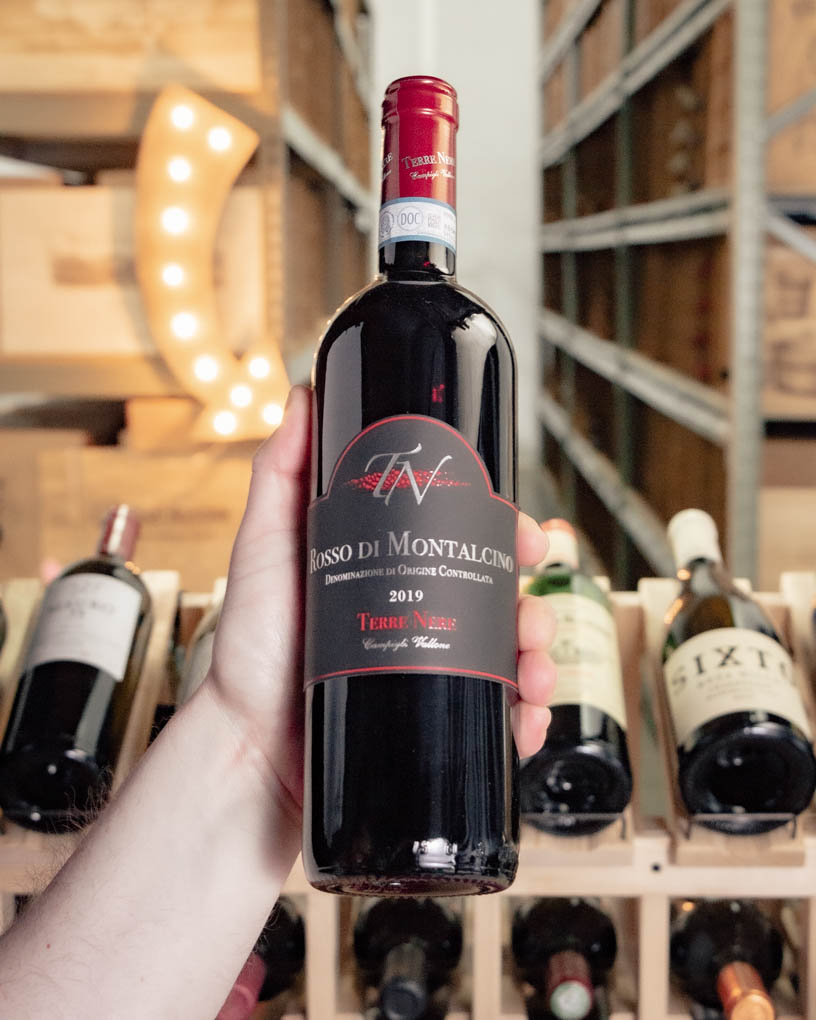